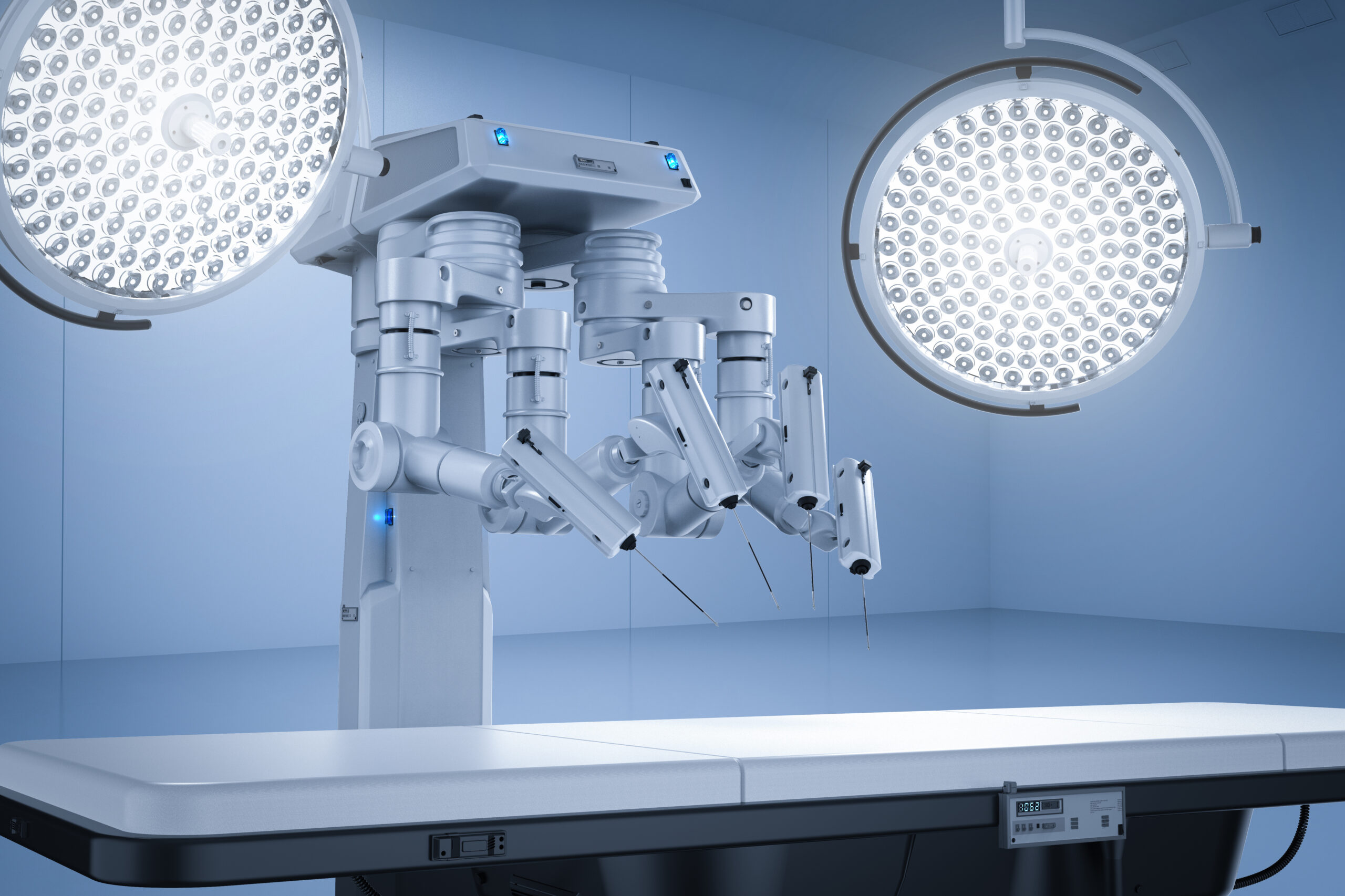 Nurse practitioner Alejandro Rafuls is one of the most experienced surgical assistants in robotic surgery. Alejandro was already well into his career at Memorial Health System when the da Vinci surgical system was introduced there 15 years ago. The da Vinci system is advanced set of instruments to perform robotic-assisted minimally invasive surgery.

Before Alejandro began working with the Memorial Healthcare System, he was a trained general surgeon in his home country of Cuba. He graduated in 1990, and practiced as a general surgeon in Cuba and South Africa for 10 years. In 2000, Alejandro defected from the medical mission in South Africa where he was working and made his way to the United States with the hope of starting a new life with better opportunities.

“I decided to come to the U.S. because I wanted escape communism and the dictatorship in Cuba,” he says. “I knew I would have to reconstruct my professional life, possibly starting from zero. My expectations were correct, but I found that the U.S. has many avenues for professional advancement when you are willing to do your part — learn the language, focus your studies in the field of your choice and spend endless hours working toward your goals.”

When the da Vinci surgical system was initially introduced at Memorial, Alejandro was fascinated by the benefits of using robots from the outset.

“The idea of being able to do procedures and not putting a hand directly inside the patient or holding a camera or holding an instrument felt like science fiction at the time,” Alejandro says. “Plus, there were the obvious patient benefits of less trauma to the tissues, smaller incisions, less pain and faster recoveries.”

“I had the advantage of being right there in 2005 to get on-the-job training,” he says of the then-new technology.

Like all of AP Health’s robotics practitioners, Alejandro received online instruction and attended training at Intuitive, the maker of the da Vinci surgical systems lab, to learn to dock the robot, trade out all instruments and keep the surgical flow going smoothly.

With robotics, however, the camera is no longer hand-held, and the image is much more powerful, he says. “The optics during the procedure are amazing; it’s like seeing inside the body in high definition.”

With his vast experience in traditional and robotic surgeries, Alejandro is one of the most sought-after surgical assistants in the Memorial Health System. About 90 percent of the surgery assists he performs weekly are robotic surgeries and that is increasing over time.

Though Alejandro assists surgeons during surgery, his responsibilities begin before they ever enter the operating room by performing pre-surgery exams and generally prepping the patient for the procedure.

Once they enter the OR, robotic surgery makes the role of the surgical assistant more important and puts more responsibility on their shoulders. That’s because the assistant is in the surgical field, next to the patient, monitoring both the patient and the machine for the entire procedure.

“There are a lot of things you have to monitor to make sure things go according to plan,” Alejandro says. “If there is an issue with either the patient or the equipment, you have to let the surgeon know and take steps to address it.”

Alejandro’ career has been based on a pursuit of lifelong learning. While he was a surgeon in Cuba, he first served as a medical assistant when he first came to the United States. He built on that career by getting licensed as a surgical assistant before returning to school and completing both nursing and nurse practitioner degrees from Florida International University.

Prior to joining AP Health, Alejandro was on staff of Memorial West when, about five years ago, hospital leadership outsourced advanced practice providers to AP Health. Alejandro and most of the other surgical assistants accepted AP Health’s invitation to join the company, and he’s been here since.

“My career path has always been in surgery, and AP Health has allowed me to reach new heights and advance my knowledge in the field and become more focused in robotic surgery,” he says.

Alejandro likes the variety of surgeries he’s able to assist with as an employee of AP Health. He has privileges at four Memorial hospitals and primarily assists in gynecology, thoracic and general surgeries.

“One of the things that keeps this job interesting is you don’t work in only one specialty,” he says. “I can learn something new every day — not just from the doctors but the nurses and scrub techs, too. That’s why I enjoy what I do.”